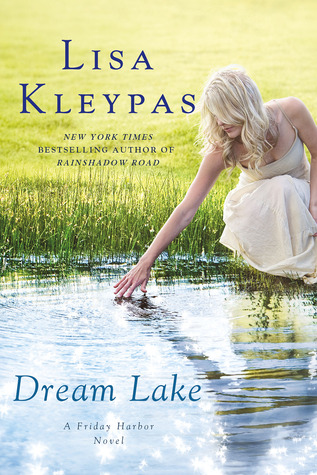 Zoë Hoffman is as gentle and romantic as they come. When she meets the startling gorgeous Alex Nolan, all her instincts tell her to run. Even Alex tells her to run. But something in him calls to Zoë, and she forces him to take a look at his life with a clear eye, and to open his mind to the possibility that love isn’t for the foolish.
Alex Nolan is as bitter and cynical as they come, he battles his demons with the help of a whiskey bottle, and he lives in his own private hell. And then a ghost shows up. Only Alex can see him, has Alex finally crossed over the threshold to insanity?
The ghost has been existing in the half-light of this world for decades. He doesn’t know who he is, or why he is stuck in the Nolans’ Victorian house. All he knows is that he loved a girl once and that Alex and Zoë hold the key to unlocking the mystery that keeps him trapped here.

Romance is usually not my preferred genre, but one of the ladies in my critique group is writing a romantic suspense novel, and I realized that if I wanted to critique her work well I needed to see what was going on in the world of steamed up windows and happily ever after. The fact that there's a bit of paranormal in this book only served to pique my interest: there is paranormal and there is romance, but the book isn't a paranormal romance, which is already different, considering how popular paranormal romance has been for the last 10 years or so.
Dream Lake is the second novel in the Friday Harbor trilogy but it works well as a stand-alone novel. You learn everything you need to know about the quaint town of Friday Harbor and the people who live there, and you get a fun and sometimes spooky story to go with the picturesque setting. And what a setting it is! My favorite part about Friday Harbor and this book is the Artist Point Bed and Breakfast, which Zoe runs with her cousin Justine. A while back I've actually thought about opening a bed and breakfast/bakery, maybe that's why the idea appealed to me so much. And having the different rooms in the B&B designed to commemorate different artist was just awesome, so much better than flowery wallpaper and doilies. When I finished the book I started looking for what Artist Point might look like and I think I found the perfect place: 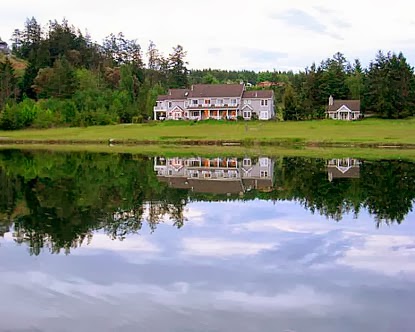 (Photo courtesy of Destination360)
The story is a variation on the theme of beauty and the beast: a young woman meets a guy who wouldn't wish himself on anybody, and they change each other's lives. Beauty & the Beast has always been my favorite Disney cartoon, and of course the folkloric iterations of the story that came before it have a special place in my heart, so it's no wonder that as soon as I realized that this is the core story type I was able to guess what would happen between Zoe & Alex. Had it not been for the ghost and his story I might've gotten bored with the book, but wanting to know what was keeping him from moving on made me continue turning the pages. In fact, the ghost and his story stole the spotlight more than once over the course of the book!
While Kleypas' writing didn't always work for me I'll admit that she did an excellent job with character building. All the key players and even the characters we meet for only a short while were multi-dimensional, with either obvious or implied shortcomings, quirks and admirable qualities. It was very easy to like Zoe and root for Alex, even when he was being a complete ass, and I knew without a shadow of a doubt that there was more to Zoe's dad than met the eye.
One of the reasons the writing didn't always work for me is that there is quite a bit of 'telling' in the book where it would've been very easy to 'show' what the characters were going through or what was in their past. Another is that there is plenty of spelled-out minute actions and descriptions that I wasn't convinced were necessary to move the story along. The most distracting however were the sudden switches between point of view and male characters acting, talking and thinking as a woman would. For example, Alex is a construction contractor who can't boil water, I really doubt he would be able to describe a dish using vocabulary fitting for a culinary aficionado. I doubt even more that people who work with certain tools all the time would use full formal names for those tools in casual conversation, I know my husband will never say "the phillips head screwdriver" if "the phillips head" will suffice. I understand that this is a romance novel and it's probably safe to say that half the target audience doesn't know their way around a tool box, but this kind of extensive detail and uncharacteristic powers of description didn't work for me.
As much as mundane scenes didn't always work for me I have to admit that when it came to romantic scenes Kleypas did an excellent job. They were tasteful yet detailed enough to convince me that had the action been happening in a car the windows would've been steamed up, and while there wasn't a 'fade to black' effect the vocabulary and descriptions were neither crude nor gratuitous. I can see why Kleypas is so popular with fans of romance.
While I myself will most likely not be specifically looking for any other books by this author should I happen upon Crystal Grove (the sequel) I will most likely pick it up: the teaser at the end of Dream Lake got me wondering about Zoe's cousin Justine, her witch legacy, and her quest to be able to fall in love.
Posted by Unknown at 10:39 PM